Episode 117: A Conversation with Jonah Matranga of Far/onelinedrawing 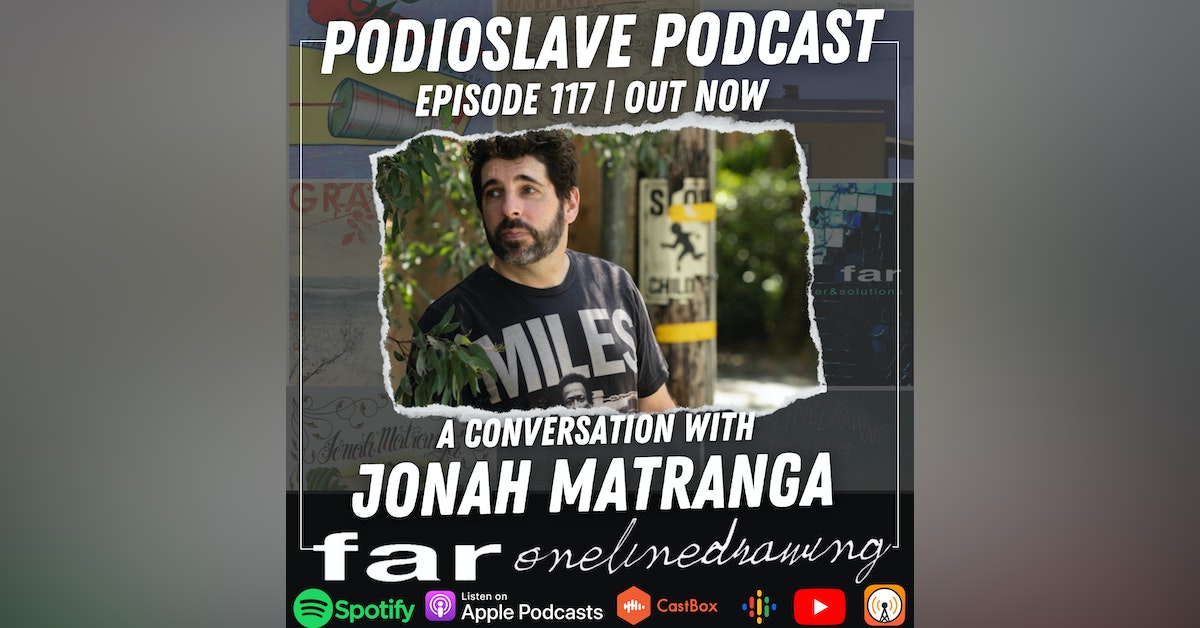 In our 117th episode, we’re joined by the one and only Jonah Matranga! Jonah is the vocal and guitar legend behind Far, onelinedrawing, Gratitude, New End Original, and many others. We cover damn near everything in this conversation: Jonah’s Boston roots and his early intro to music, moving to Cali and the 90s Sacramento scene, Far’s legacy and their impact on music, the Gratitude album, his songwriting approach, collaborating with the likes of Lupe Fiasco/Mike Shinoda/Taproot, and deep dive into his new onelinedrawing record “Tenderwild” dropping June 24, 2022. Jonah could be at the centerpiece of the Podioslave world and we’re here for it. This is a can’t miss conversation.

We also touch on mental health issues and artists we’ve lost to suicide fairly early in the episode. If you or a loved one is experiencing thoughts of suicide - don’t hesitate to call below:

Stay in touch with Jonah and follow his projects at:

Like what you hear? Check out some of our other interviews and find us all over social media. Recent interviews include: Sergio Vega of Quicksand, Tucker Rule of Thursday, Frank Turner, Vinnie Caruana of The Movielife, P-Nut of 311, Jesse Leach of Killswitch Engage, Brian Fair of Shadows Fall, and many more.

Our most recent interviews: 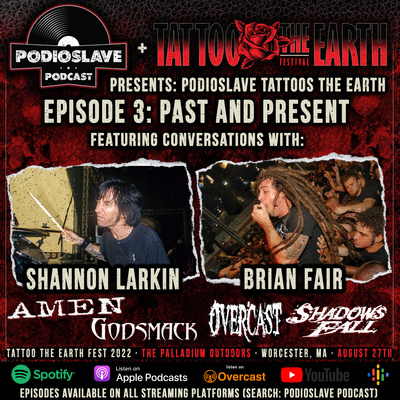 Tattoo the Earth Ep 3: Past and Present w/Shannon Larkin (Amen/Godsma…

In Ep 3 of Podioslave Tattoos the Earth, we talk with two legends in the game, Shannon Larkin (Amen, Godsmack) and Brian Fair (Ov… 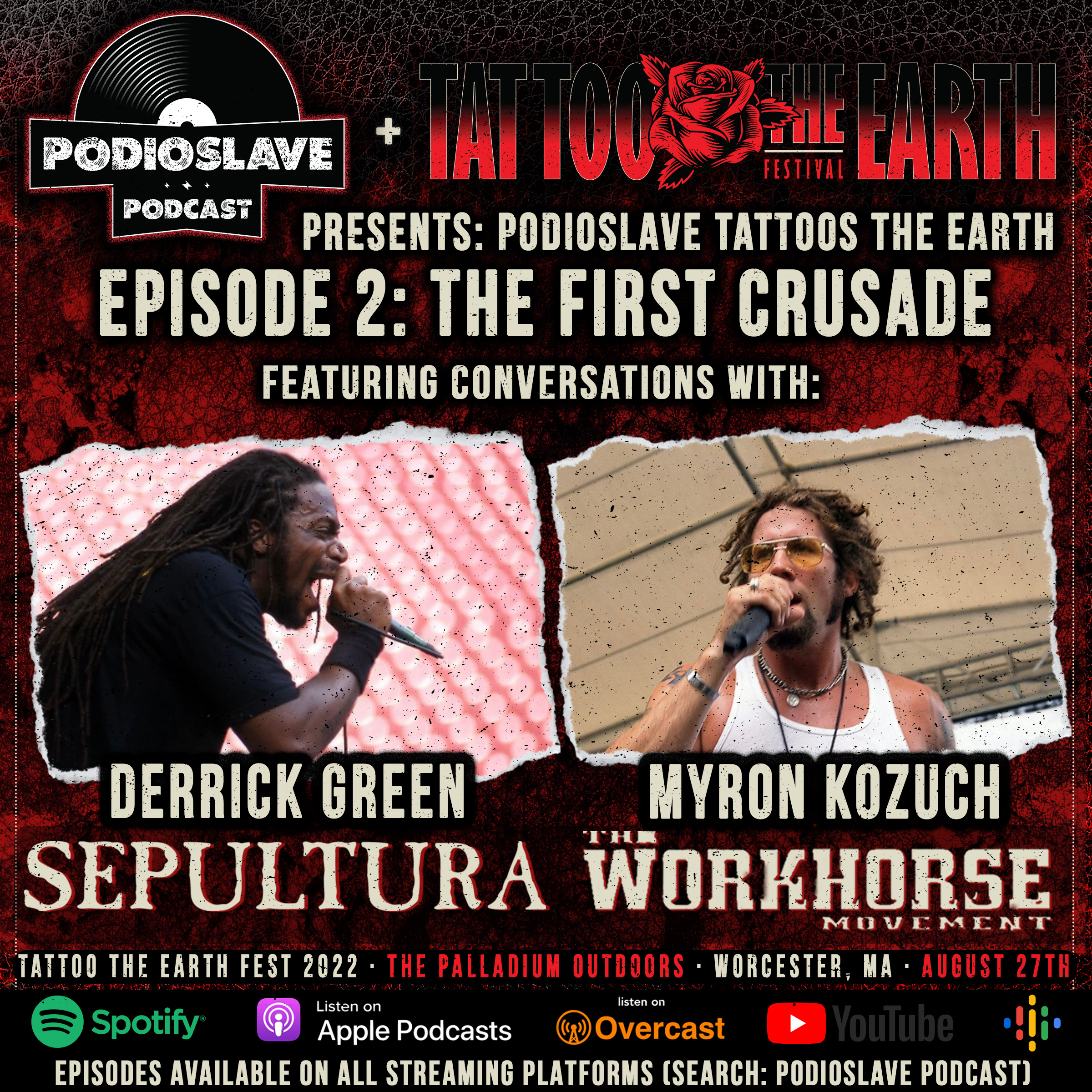 In Episode 2 of Podioslave Tattoos the Earth, we get the perspective from a couple bands that were on the 2000 tour: Sepultura an… 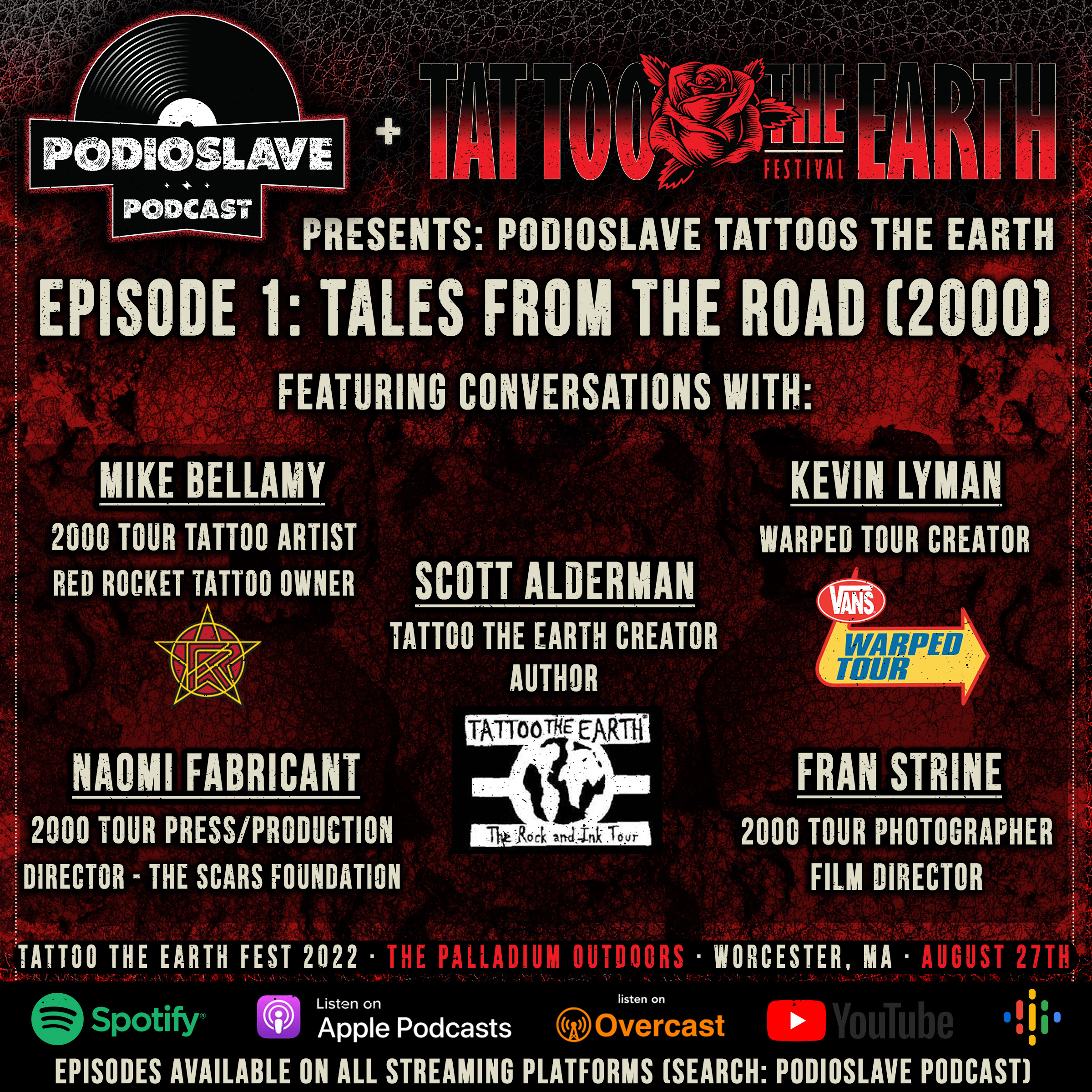 Here it is, Episode 1 of Podioslave Tattoos the Earth! To kick things off, we invite some friends to talk about where it all star…